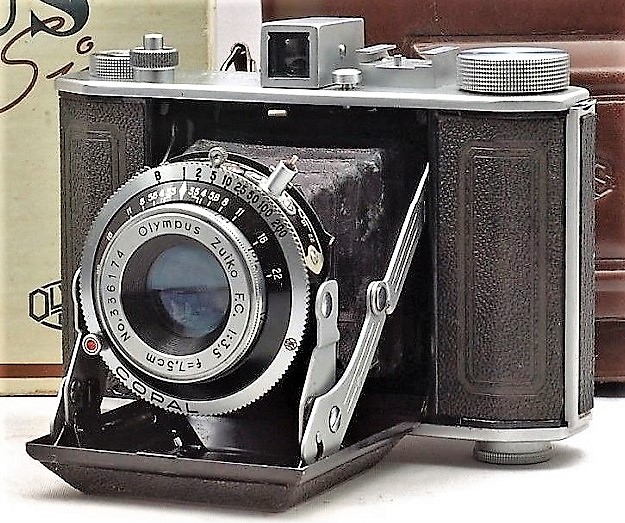 A quick look review at the development timeline of Olympus 120 medium format cameras manufactured by Olympus between 1936 to 1962. 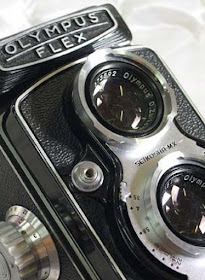 These Olympus medium format cameras are true oldies, and you will not find many of them which are available for sale or on auction sites. These cameras were manufactured from 1936 till 1952 when the medium format was the camera of the day.

Production ceased when Olympus makes the change to push into the then-new 35mm film format, which the company had already started in 1948 with the Olympus 35-I model.

For the record, Olympus was first known as K.K. Takachiho Seisakusho (Takachiho Works Co., Ltd.), a manufacturer of microscopes and thermometers, which was established and started production in 1920.

As an 'approved company' supplying microscopes to the Navy, Olympus also supplies an apparatus to take pictures with a microscope, a ground glass dark-box with a prism, and a basic shutter mechanism.

The beginning of Olympus as a camera manufacturer started in 1934 with the first serially produced lens, a four-element Zuiko 75mm f/4.5. The lens was fitted to a body from the Semi-Proud, branded, and commercialized as the Semi-Olympus I.

Medium format photography typically refers to images produced on 120 type film which is much wider than the standard 35mm film. 120 film has a constant width, however the aspect ratio can vary depending on the type of camera used. 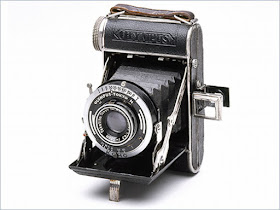 The Semi Olympus is a 4.5 × 6 cm folding camera for 16 exposures on 120 film, with a vertical folding bed and a folding optical finder. Launched in 1936, the Semi-Olympus I was the first Olympus camera fitted with the newly developed Zuiko lens, which was mounted on a Semi-Proud body supplied by Proud.

Hold the camera horizontally, and you will find the advance knob at the bottom right with film advance controlled by red windows. The four-element Zuiko 75mm f/4.5 engraved Takatiho Tokyo Zuiko 1:4.5 f=75mm. No.1xxx focuses on turning the front element. 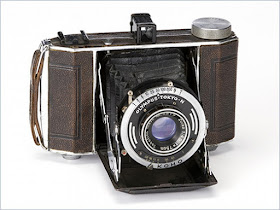 The launch of the first pure Olympus camera, the Semi-Olympus II, in 1938, was an important milestone for Olympus. It was the first camera entirely made by the company, covering the development of the body, the lens, and the shutter mechanism. It also featured a reverse Galileo tubular viewfinder. The advance knob is at the left end of the top plate, with an accessory shoe at the right end.

The form factor of the Semi-Olympus II is that of a horizontal folding camera, constructed with a pressed sheet-metal body with a side-opening design. It is fitted with the same Zuiko 75mm f/4.5 lens as on the previous Semi Olympus. 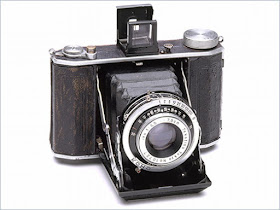 The Olympus Six, a horizontal folding camera, that supports both 6 x 6 cm and 4.5 x 6 cm film frame format was introduced in 1940. It featured a newly designed body and an Olympus-made KOHO shutter with a maximum speed of 1/200 sec., and a folding optical finder in the middle of the top plate with two hairlines engraving indicating the field of view for 4.5 × 6 cm exposures.

There are strap lugs at both ends of the top plate now, which replaces the leather handle of the previous model, and no accessory shoe. With this camera, Olympus established the basic format for subsequent Six-series cameras. Lenses mounted on the Olympus Six are the four elements Zuiko 75mm f/4.5 (same as on the Semi Olympus and Semi Olympus II) and the new Zuiko 75mm f/3.5. 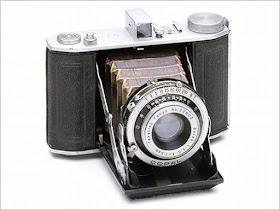 The Chrome Six, a dual-format folding camera, supporting both 6 x 6 cm and 4.5 x 6 cm film frame format, is an enhanced version of the Olympus Six. Launched in 1948, the Chrome Six comes with a new die-cast body construction which is a major improvement in the precision and strength of the camera. The top and bottom plates are now highlighted by aventurine chrome plating.

All Olympus Chrome Six models have front-cell focusing 75mm Zuiko lenses, with either f/3.5 or f/2.8 aperture, and Copal shutter except for some very early cameras. Olympus Chrome Six I, II, and III have a flat all-chrome top plate, a tubular finder with parallax indications, and translucent blue strips showing the field of view for 4.5 × 6 cm exposures. 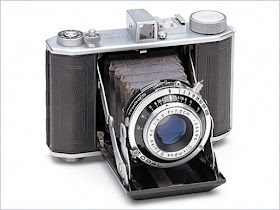 The Olympus Chrome Six IIIA was launched in 1951, as a replacement for the Olympus Chrome Six I. Enhanced features of this new model include a film surface stabilizer system that created a flat surface by pulling both ends of the loaded film. This system, the first of its type in the world, was used in subsequent models and was one of the technologies that earned Olympus cameras an excellent reputation for image clarity. 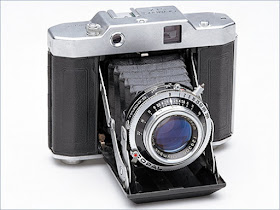 The Olympus Chrome Six RIIA, launched in 1955, featured a high-precision uncoupled rangefinder and was the most advanced model in the Six series.

The body design was also innovative, and the film winder was changed to a lever on the reverse of the body, and an automatic winder stop system was added. This camera, and the V, which had no range-finder, were the last models in the Six series. 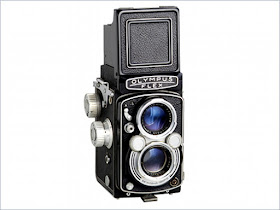 The Olympus Flex I, introduced in 1952, was the first twin-lens reflex camera manufactured by Olympus. It was developed in response to a sudden rise in the popularity of twin-lens reflex cameras in postwar Japan. The original model has both the advance knob and the focus knob on the right-hand side. There are two wheels are the front, for speed and aperture settings, imitating the Rolleiflex controls which the Flex is modeled after.

The shutter is a Seikosha-Rapid (B, 1–400), in #0 size. Both lenses are 75mm f/2.8 with bayonet filter attachments. The taking lens is a six-element F.Zuiko F.C. and the viewing lens is a Zuiko F.C. Though modeled on the Rollei Flex, the camera incorporated numerous unique Olympus features. 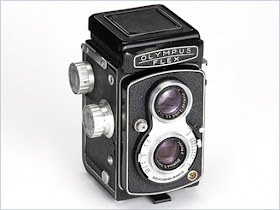 This was an economy-priced twin-lens reflex camera. Cost-saving measures included changes to the front cover and the use of an accessory shoe instead of a flashgun attachment. It was equipped with a 75mm F3.5 lens.